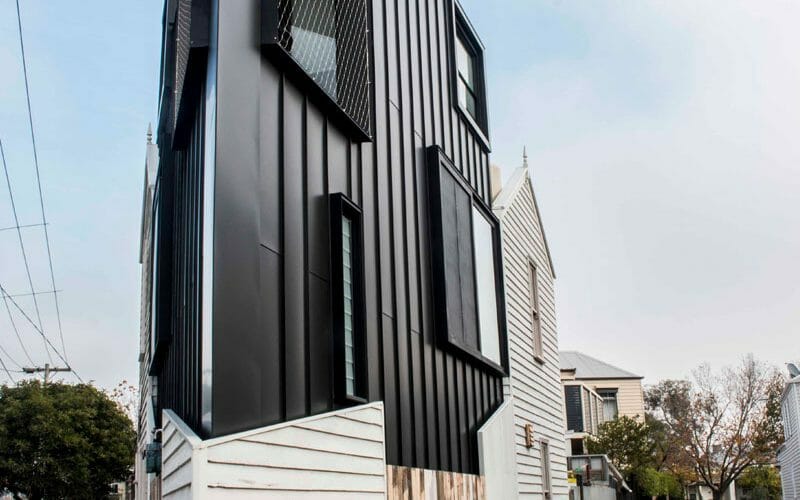 OOF! Architecture dared to go where many wouldn’t. Fooi-Ling Khoo, the firm’s director, took a forgotten miners cottage, situated on a strange little block and created what is now one of Melbourne’s most iconic homes. Owners, builder Michael Briese, of Mitty and Price, and Interior Designer, Jessica Payne of JPILD, played important roles in bringing Khoo’s design to life. Payne and Khoo collaborated on the home’s bright and cheerful interior, and Briese was the project’s builder. 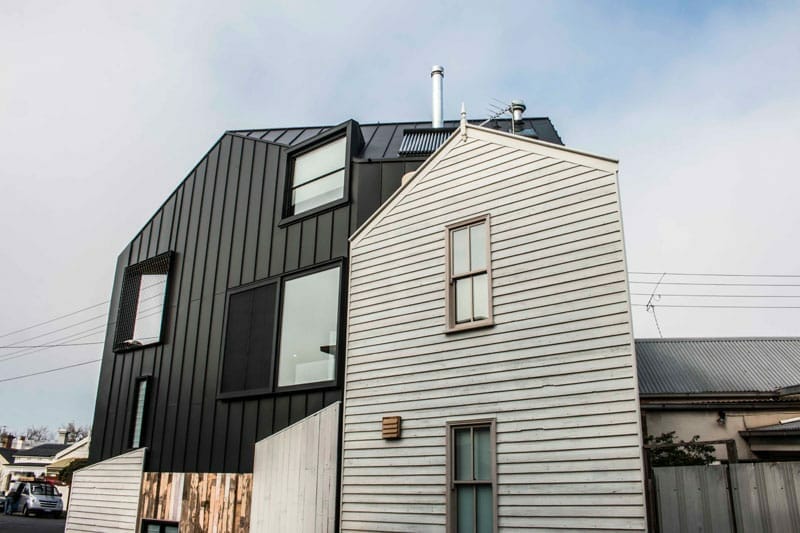 The design’s respect to its former self and location sensitive geometry, makes Acute House one of a kind. Instead of bulldozing the old cottage, elements were preserved, re-used and integrated into the home’s modern facade. On a block that would make most scratch their head or run in the opposite direction, Khoo drew inspiration from the site’s unique shape, making the acute angle a focal point. 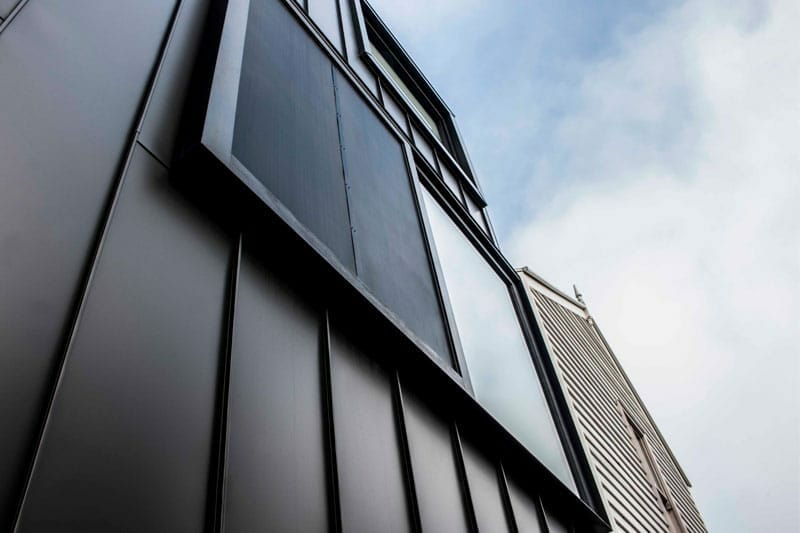 “Acute House is the transformation of a ‘renovator’s nightmare’, into a compact 21st century family home. The severe limitations of a tiny, very triangular site and the demanding heritage context resulted in a pointy new wedge of house that is designed to exploit its problems.

The original, and extremely decrepit, Victorian weatherboard cottage had become impossible to inhabit, but was well loved by the neighbourhood, and its new owners.

We tried to retain its weathered character by re-using as much original fabric as possible. From warped weatherboards and fence palings, to random accumulations such as door knobs, vents and street numbers. Like fragile museum artefacts, these were carefully removed, labelled, stored and re-installed in their original location on a new mount, that not only highlights their charms by contrast, but allows the house to live again in a new way.” (Source: OOF! Architecture) 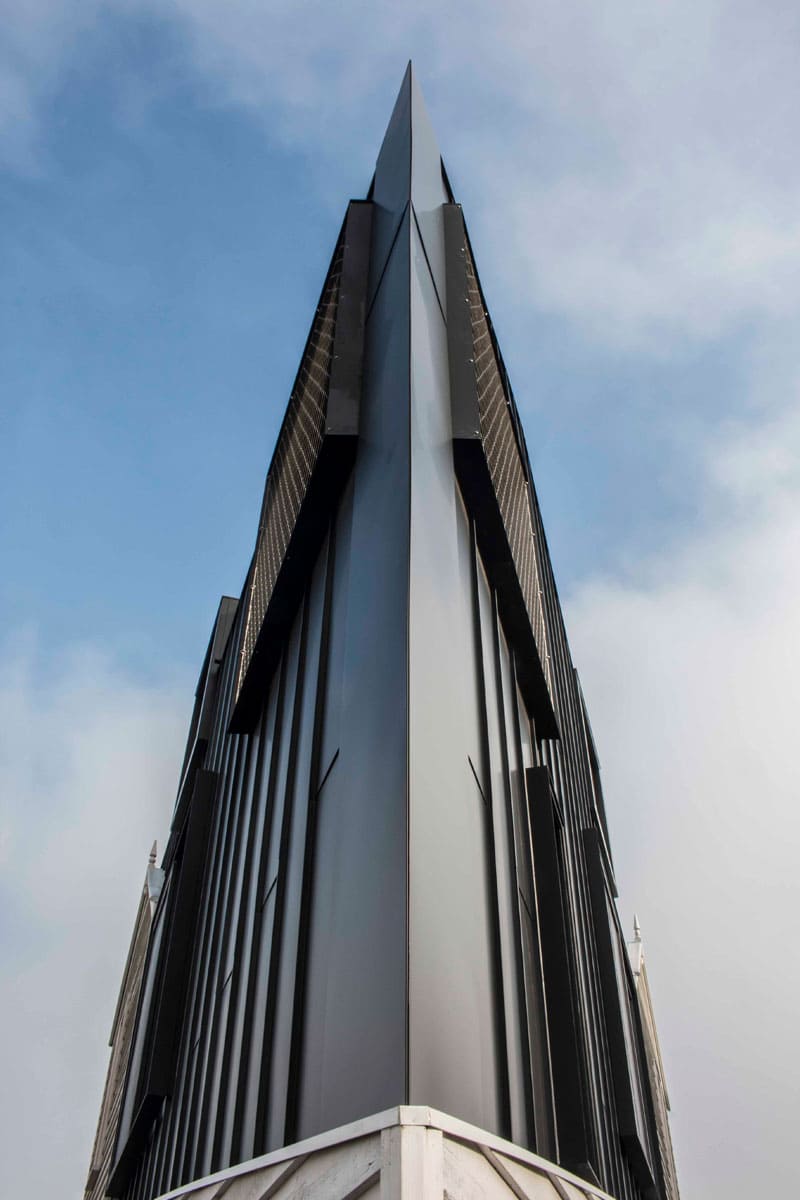